Odd-Even May Disrupt Your Journey to Ladakh

If you are planning to visit Ladakh or Lahaul- Spiti on your Bike or SUV to beat the heat, Kindly read this. The odd-even rationing scheme might halt your journey.

The frequent traffic jams at Rohtang on the Manali-Leh highway have forced the district administration to implement the ‘odd and even’ system to commute from Manali to the tribal district Lahaul-Spiti.

Taking a cue from Delhi, administration has proposed traffic movement from Manali and Lahaul over the Rohtang Pass on alternate dates in a bid to avoid traffic congestion. 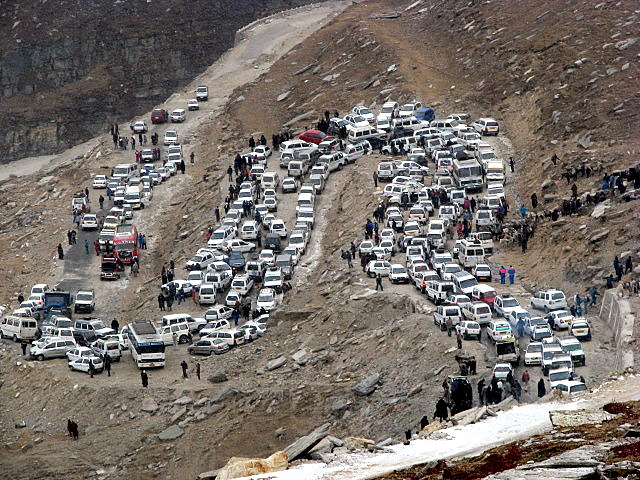 Started on April 18, this odd-even scheme is undergoing its trial period till the end of this month. The decision was taken in response to the frequent traffic jam at Rohtang on the Manali-Leh highway, which led to several tourists remaining stranded in the traffic gridlock for hours. Besides, several accidents have also been reported in the past due to the same reason.

Talking to Media, deputy commissioner (DC) Lahaul – Spiti Vivek Bhatia said, “In view of the safety of people travelling on this route, we decided to adopt the odd and even formula to avoid traffic jam.”

The move intends to allow traffic stream from only one side on alternate days to regulate congestion. Heavy congestion of roads take place over Rohtang Pass in the summer season after the Manali-Leh road is opened. The road link is a critical lifeline for Lahaul – Spiti and Leh-Ladakh.

However, in emergency situations, this rule can be relaxed, allowing vehicles to move in the opposite direction as well.