Prashar Lake Trek is an undiscovered gem in the Himalayas, boasting magnificent scenery and a lovely path. Prashar Lake Trek leads you through lush forests with vistas of snow-capped mountains in the bowl-shaped valley of the Dhauladhar range, making it a true jewel in Himachal Pradesh. Prashar lake altitude is 8900 feet above sea level.

It’s a snow trek that’ll fit perfectly into your long weekend plans and satisfy your wanderlust. The views of the lake at night are breathtaking, and your expedition will be that much more important. Trekking to Prashar lake in winters is the dream come true for all who love snow.

Your morning the next day, on the other hand, would be easily contestable. Sunrise in the Himalayas has something special about it, with untouched beauty all around.

Prashar Rishi, who meditated here in the past, considers the lake sacred. The temple was built in the 13th century in honor of the Rishi by Raja Bank Sen of Mandi, who also named the lake for him in spectacular Himachali architecture.

Local tales claim, however, that the lake was formed by Bhima, one of the Pandava brothers, on his way back from Kurukshetra after Mahabharata. Lord Kamrunag was accompanied by the Pandava brothers. Kamrunag was so enamored with the valley and its setting that he decided to make it his permanent home. By smashing his elbow into one of the mountains, the Bhima formed the lake. Locals also claim that no one knows the lake’s depth and that numerous studies and divers have attempted to locate the bottom point but have come up with inconclusive conclusions. 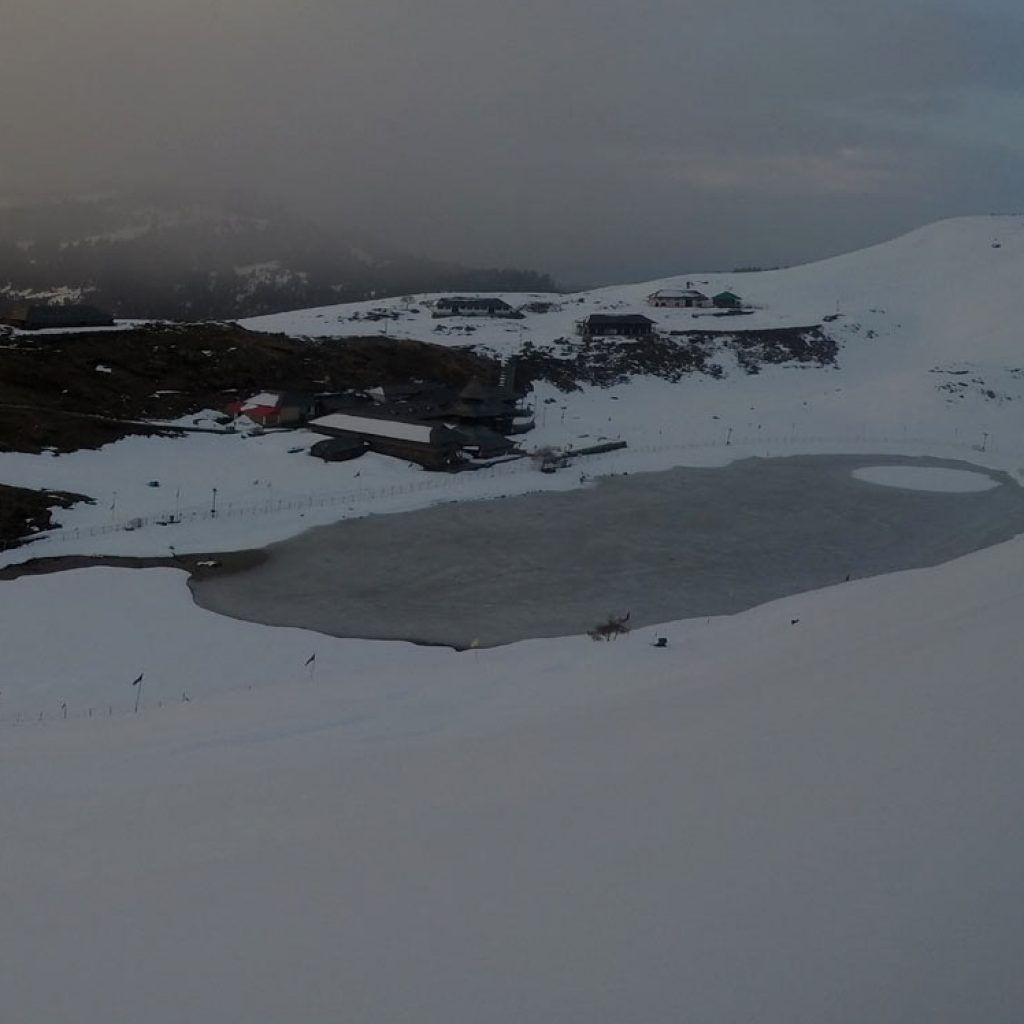 Although Prashar Lake Trek may be done at any time of year, the months of December, January and February are ideal because the lake is nearly frozen and covered with snow. Being in the hills has a special allure, with the snowy white blanket adorning everything in sight and the bite of the air making you feel all the more alive, somehow. If you want to see the magic of the floating island, post-monsoon is a great time to go. The valley would be at its most lush and verdant during this period. In winters, Prashar lake temperature is -2 degree C to 15 degrees C.

Prashar lake trek distance is 16 km in total, which includes trek from Jawalapur to Prashar lake and back. Jawalapur is the starting point of trek, Panarsa to Jawalapur road distance is 25 km. Taxi takes between 1 to 2 hours to reach Jawalapur. 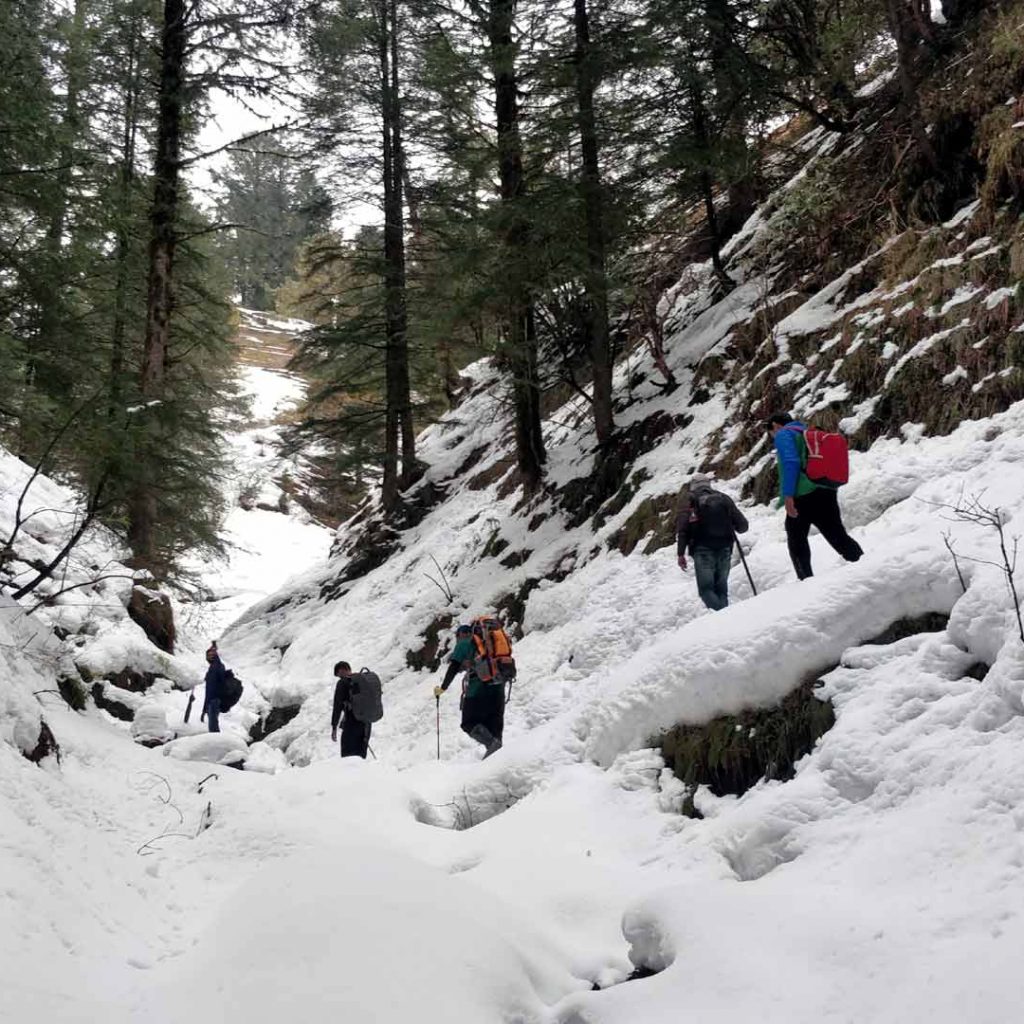 HOW TO PREPARE FOR PRASHAR LAKE TREK

Trekking is very difficult, if you have not prepared yourself for hard core physical activity or a high level of fitness. Let’s face it, it requires a lot of hard work. Sweat is the price of a fantastic journey. Blisters and missing toenails are badges of honor, as are sore calves and aching quads. In exchange, you get some of the world’s most unspoilt, pure, and jaw-dropping scenery. The more you prepare for a big hike, the less difficult it will be.

Although Prashar lake trek isn’t that difficult trek as compare to Kedarkantha Trek, Brahmatal Trek or Kuari Pass Trek but the snow & ascent make it hard for first timers. People with basic physical fitness can do this trek easily. You just need to prepare yourself.

Here are some tips to prepare yourself :
1. Start Walking & Jogging (Daily for 6-8 kms).
2. Start leg based cardio exercise.
3. Make sure you include stair climbing in your workout plan.
4. Eat healthy food, remain hydrated, and get adequate rest for the greatest results.
5. Some of the activities you can do for an intense level of cardio are : pull-ups, push-ups, sprints, mountain climbers, burpees, jumping jacks, and a 60-second plank (3-5 sets each).

6). Don’t forget to practice breathing exercises for best results, it will help you a lot on trek. 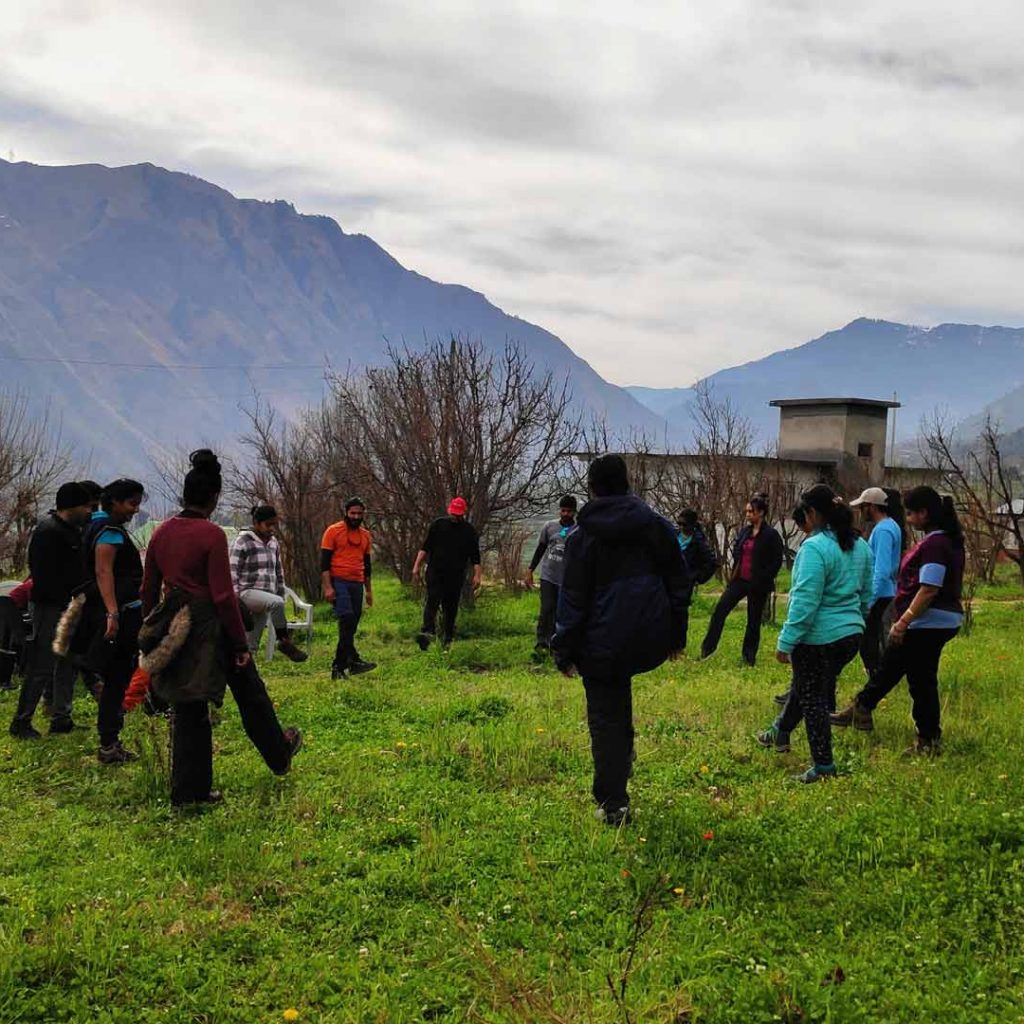 The following are some of the items that must be brought to the Prashar Lake Trek. Please keep in mind that if you are planning to hike the trail alone rather than with a group or package, you will need to bring additional sleeping and cooking supplies.

During the winter, at least three to four layers of clothing are required, including fleece jackets, thermals, gloves, caps, mufflers or neck warmers, and socks. 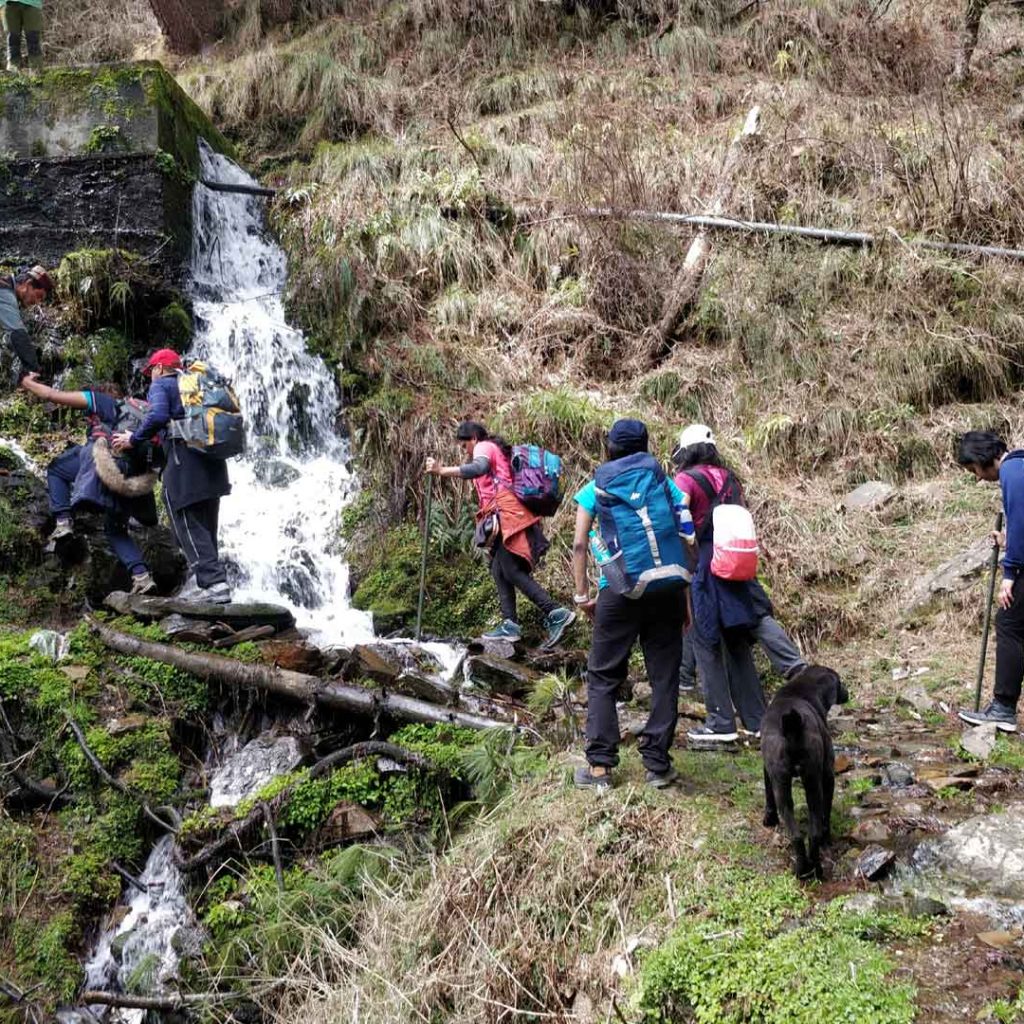 1. There is only one water source available between the start and finish of the trek, and you may miss it. As a result, bring two liters of water for the trek.

2. For the trek, always bring a lightweight jacket. Carry at least three layers of thermal clothing in the winter, as temperatures can plunge into the negatives in January & February.

4. Return all of your trash back to Panarsa and be a responsible traveler who helps to keep this beautiful lake & trek clean. 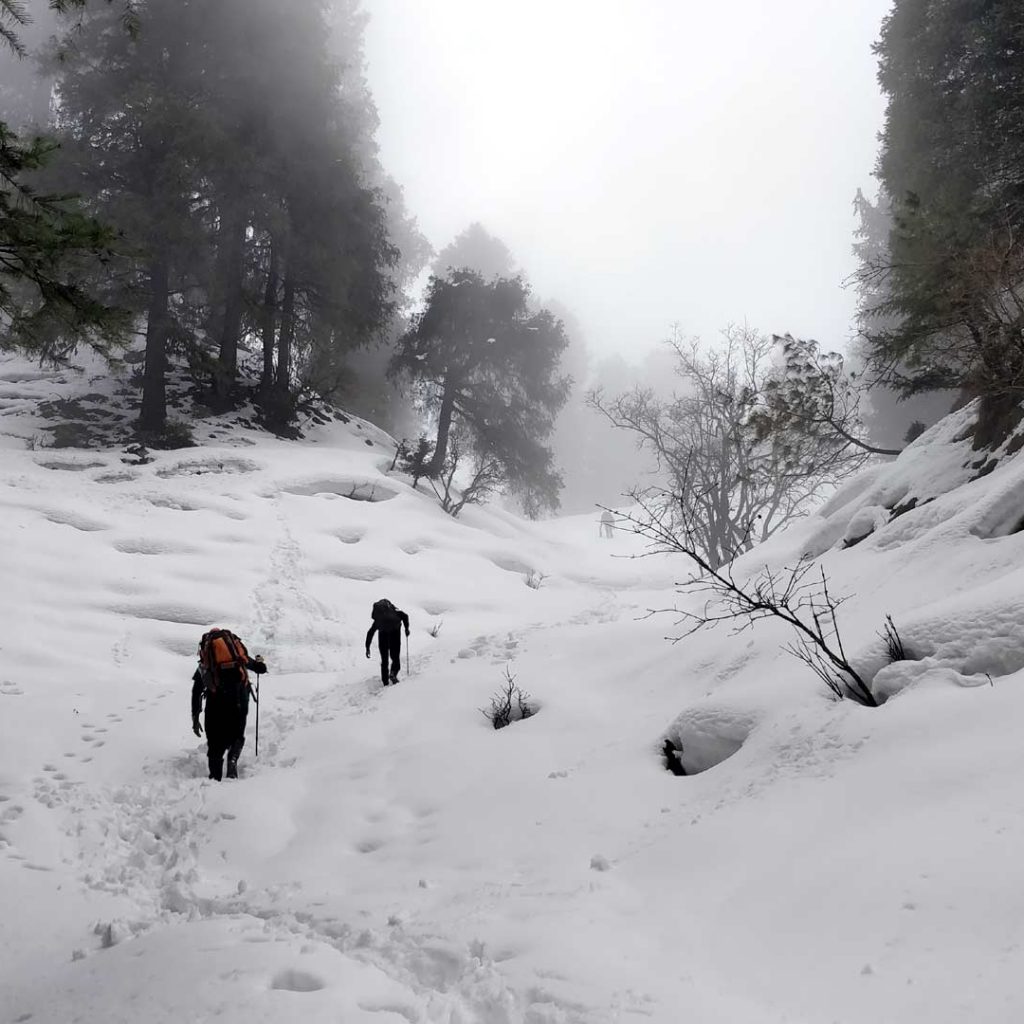 Panarsa located 10 km before Bhuntar on Mandi-Manali Highway. Delhi to Panarsa distance is around 475 km. It can be reached in three ways.

Bhuntar Airport is the closest airport to Panarsa. Bhuntar airport is famous as Kullu-Manali airport among tourists. To get to Panarsa, take a cab, taxi, or bus from the airport.

There is no direct rail from Delhi to Panarsa. However, three railway stations are close by:
1. Kalka/Chandigarh
2. Ropar.
Note: There are many trains that go from Delhi to Kalka, including the Shatabdi.

You can book taxi/cab directly to Panarsa. It is easier and more convenient to travel to Panarsa by bus. Direct buses run from Delhi to Bhuntar/Manali/Kasol, and the same bus will stop in Panarsa, 10 kilometers before Bhuntar. There are lots of buses, including air-conditioned and semi-sleeper Volvo buses. You have also the option of using a private or public bus.

Buses operated by the government, such as the HRTC or the HPTDC, are safer than those operated by private companies. Because buses rarely stop at Panarsa, you must tell the conductor to let you off at Panarsa bus stop when taking the bus from Delhi to Bhuntar. Panarsa comes after the Aut Tunnel, which separates Mandi & Kullu valley.

WHERE CAN I EAT?

On the trek, there are no food alternatives. At the lake, though, there are a few eating alternatives. Tea, coffee, Maggi, Parathas, and Rajma Chawal are all available at a few cafés. The rates are very typical.

Note: There are no ATMs within walking distance of Prashar Lake. As a result, it is preferable to have enough cash on hand.

The mobile network connectivity on Prashar Lake Trek is not very robust. Only the BSNL and Jio networks are operational, however, both have intermittent connectivity. It will be difficult to make a connection on the trail itself.

Isn’t that, after all, the objective of a trek? Disconnect from the rest of the world.

Don’t worry if you had not purchased gear for your trekking. In Panarsa which is also the Base Camp, HRI’s team will provide you the rental gears like:
1. Trek Pole
2. Poncho
3. Trek Shoe
4. Backpack 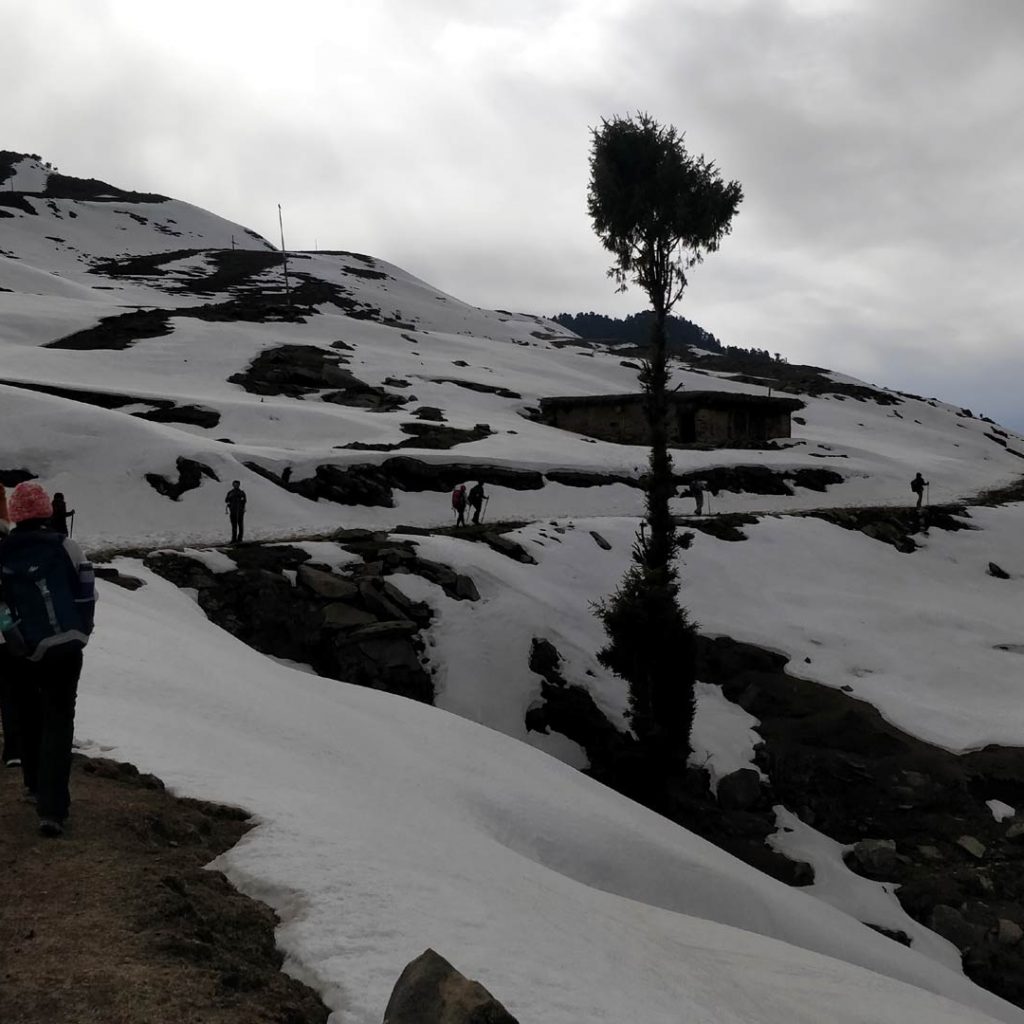 PLACES YOU CAN VISIT AFTER PRASHAR LAKE TREK

The sacred temple of Bijli Mahadev is located in the Indian state of Himachal Pradesh. It is situated in the Kullu Valley at a height of around 2,460m. Bijli Mahadev is one of India’s oldest temples, devoted to Lord Shiva (Mahadev). It is 14 kilometers from Kullu, across the Beas river, and may be reached via a 3 mile rewarding journey. The temple offers a panoramic view of the Kullu and Paravati valleys. In the light, the 60-foot-high staff of Bijli Mahadev temple gleams like a silver needle. Bijli Mahadev is the closest to Prashar lake Read more about Bili Mahadev Trek

Kasol is a hamlet in the Indian state of Himachal Pradesh’s Kullu district. On the road between Bhuntar and Manikaran, it is located in the Parvati Valley, on the
banks of the Parvati River. It is 30 kilometers (19 miles) from Bhuntar and 3.5 kilometers (2.2 miles) from Manikaran. Kasol is a popular backpacking destination in the Himalayas, and it serves as a base for surrounding treks to Malana and Kheerganga. Because of the large number of Israeli visitors who visit, it is known as India’s Mini-Israel.

It is a beautiful Lord Shiva Temple situated in the Ghat, Samkhetar Road, Mandi, Himachal Pradesh. Many devotees comes every year to this place.

Manali, one of Himachal’s most prominent hill stations, offers spectacular views of the Pir Panjal and Dhauladhar mountains, which are covered in snow for the most of the year. Manali has been a popular destination for young people looking for work for longer periods of time. Old Manali is one of these people’s favorite neighborhoods, because to its relaxing cafes, good wi-fi, tiny eateries, and convenient shopping. Manali is surrounded by numerous trekking options, making it an excellent base for exploring this part of the Himalayas. In the adjacent town of Kullu, the River Beas offers excellent rafting opportunities also. 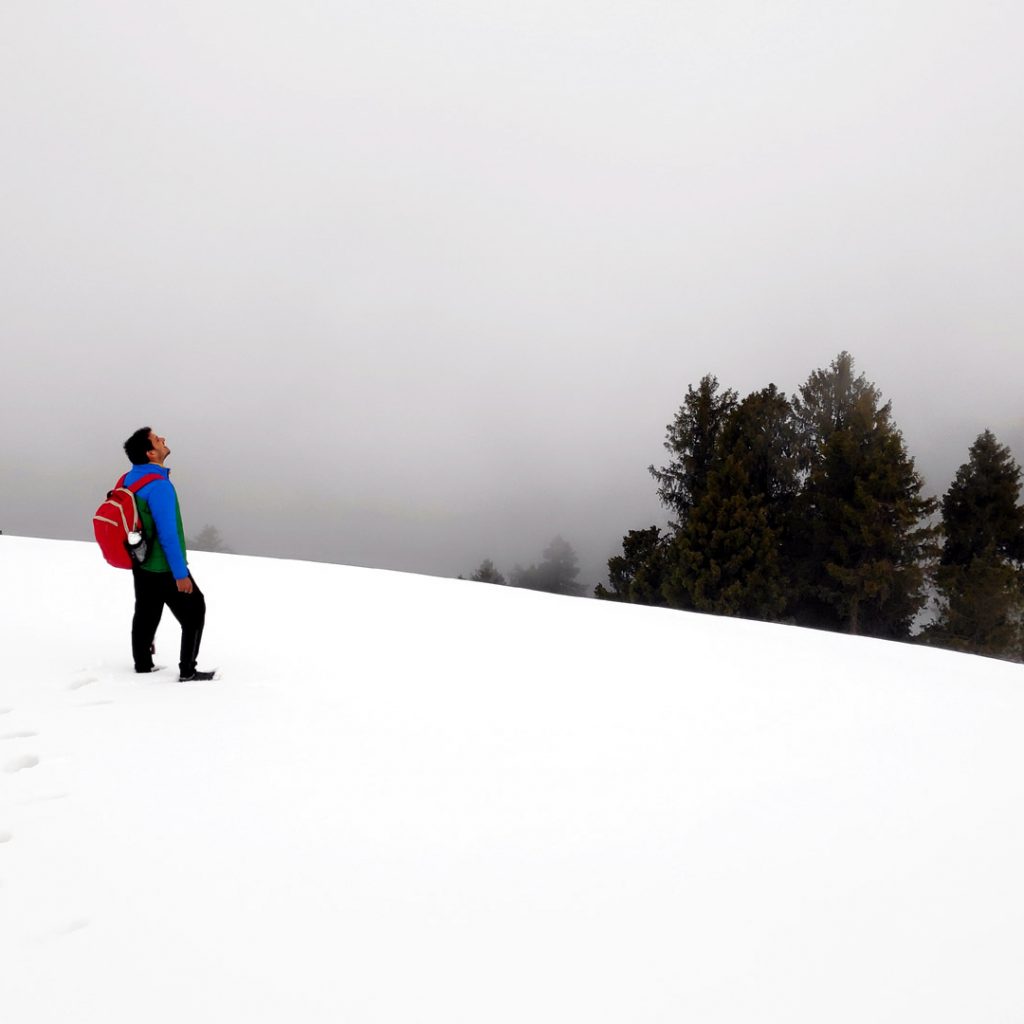 THINGS TO DO AFTER PRASHAR LAKE TREK

Rafting in Dobhi is a popular adventure sport that attracts visitors from all over the world. Your fight against the surging waves in Kullu-Manali begins
with a meeting at Dobhi. Your licensed, experienced instructor will meet you there and give you a thorough safety briefing before supplying you with the
necessary safety equipment. Then it’s a 9-kilometer rafting journey through the river’s furious waters, bouncing over the falls, rapids, and speeding along the heart-stopping routes to the finish. Overall, it’s an hour of thrilling white river rafting. It all comes to a close at Vaishno Temple, where you’ll be dropped off precisely where you started.

Located between two tourist hotspots in Himachal Pradesh, Manali and Kullu, Dobhi is one of the most visited destinations to experience tandem paragliding in India. Dobhi is conveniently located 13 miles from Manali and 12 miles from the town of Kullu, just a 30-minute drive from both destinations. Dobhi is a meeting place where the outer Himalayas meet the higher Himalayas. The valley surrounded by waterfalls and streams & is divided by the Bees River. It actually provides a 360 degree view. It provides the ideal conditions for high quality paraglider flights.

Experience the zipline at Patlikuahal on the beautiful Patlikuahal-Naggar Road, Himachal Pradesh. The adventure will bring goose bumps when you start accelerating 50 meters above the ground at very high speeds. You will get international standard compliant practice zippers, safety briefings and harnesses.

Another fun sport in the Solang Valley is ATV Riding. The “All Terrain Vehicles” are rugged vehicles designed for rugged terrain. Solang has some remote areas that are not connected by proper roads. The ATV is the perfect vehicle for driving on such roads. Solang has many operators who rent ATVs. Usually people do quads in the summer and snowmobiles in the winter.

After finishing your Prashar lake trek, experience the rush of wind as you soar through the clear skies of Bill Billing, known as paragliding capital of India. It attracts adventurers of all cultures and ages and offers the opportunity to glide over the Dhauladhar Mountains, lush fields, beautiful water currents and abundant nature. Book this activity and enjoy the soaring 8200 feet above sea level while gazing at the bird’s-eye view of this beautiful village where the first paraglider cup was held.